FOSSASIA 2018 has kicked off this week, running from March 22-25 in Singapore. Konsulko Group is on-site at Asia’s top FOSS event. Be sure to see Matt’s Software Defined Radio talk on Saturday:

Look for us at embedded and kernel talks as well as the hallway track. See you there!

Konsulko engineers gave two well-received presentations at the Embedded Linux Conference, the premier vendor-neutral technical conference for companies and developers using Linux in embedded products. Slides and abstracts are available at the links below. 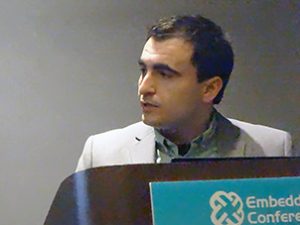 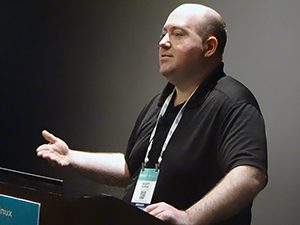 When Jim Ready passed away at the end of December, he left a legacy in the world of software development that continues to this day and will continue for many years to come. He drove the commercial acceptance of Linux as an embedded operating system in its early days, taking it all the way from “how can this work?” to widespread adoption across one industry after another.

Jim was also an articulate (if occasionally reluctant) spokesman for both Embedded Linux as a community and using the open source methodology for commercial software — the symbiotic parts of a never-ending process.

With his pioneering work with VRTX and Ready Systems, Jim was already well respected in embedded systems when he founded MontaVista Software in the final months of the last century (1999) with the Internet bubble bursting and Linux still very young (and very PC and server focused).

He had the crazy idea that open source software could be a viable commercial solution for every conceivable embedded device. This was a huge leap, basing a business not on the tightly controlled “precious jewel” world of RTOSs, but instead on the constantly evolving, messy organism that was the Linux community. That required looking at commercial software development in the open source model, moving beyond static releases, updates and lifecycle programs, focusing on process instead of product, on outcomes instead of systems, on management and integration instead of authorship.

Many of us at the Konsulko Group worked at MontaVista in those early years. We experienced first hand the paradigm shift and the hard work it took to make it happen. Jim gave us the chance to do something we loved (and in most cases already pursued as a hobby) and turn it into our life’s work. Almost two decades later, through the lasting relationships we formed and the lessons we learned working with him, we are thankful for the opportunities, mentoring and friendship Jim gave us, and that’s part of his legacy as well.