A Past, Present, and Future
in Open Source Software

Meet the team at Konsulko Group

Peter (Pete) Popov has more than 25 years of experience in the high tech industry in Silicon Valley and entrepreneurial engagements in a number of countries around the world. Founder and CEO of Embedded Alley, a Linux and Open Source consulting company acquired by Mentor Graphics in 2009, Pete holds a Bachelor of Science degree in electrical engineering from California Polytechnic State University, San Luis Obispo. A Linux user since 1995, Pete made Linux a full time career in 2000 when he joined MontaVista Software as a kernel developer and later as Founder and CEO of Embedded Alley. 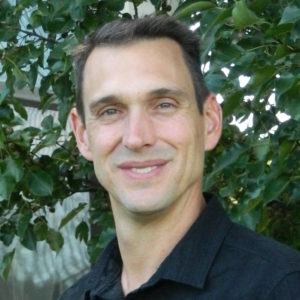 Matt Porter has over 30 years of Linux and embedded software experience. Matt started running Linux in 1992 and began working with 68k LInux on VME boards in 1996. He was an early embedded PowerPC Linux developer, contributing and maintaining numerous embedded PowerPC platforms including introducing the PPC440 architecture to the Linux kernel. Matt helped develop the RapidIO software specification and later developed, upstreamed, and maintained the Linux RapidIO subsystem in the kernel. He has contributed support to the kernel in support of a number of of TI ARM-based SoCs and served as the maintainer of the Broadcom ARM SoC subarchitecture.

Matt was co-founder and Chief Software Architect of Embedded Alley Solutions, Inc, serving as a technical lead on most of Embedded Alley’s projects. After acquisition by Mentor Graphics, Matt served as Product Architect for Mentor Embedded Linux, Mentor‘s entry into the embedded Linux market. He subsequently led upstreaming efforts at Texas Instruments and Linaro and later joined Google’s Project Ara team, working on the Greybus specification and kernel subsystem. 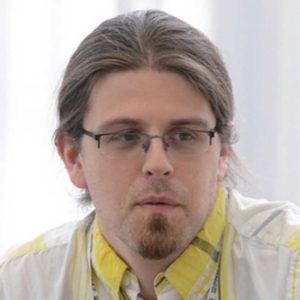 Tom Rini has over 26 years experience in developing different parts of the Linux ecosystem, with the majority of that time focusing on embedded systems. He was an early PowerPC Linux developer, focusing on the area of handoff between firmware and kernel. Tom is a key developer in the OpenEmbedded and Yocto projects, spending time on the OpenEmbedded Technical Steering Committee. He has been a technical leader at MontaVista, Mentor Graphics, and Texas Instruments as well as playing key roles in the Embedded Alley Solutions team. He is currently the head custodian of Das U-Boot, a popular open source firmware. 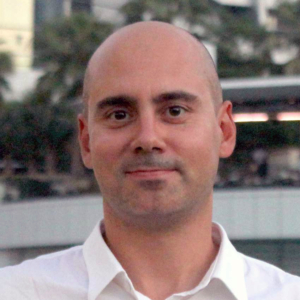 Pantelis Antoniou has been an active Linux kernel developer for more than 20 years and has brought to market many embedded Linux based products. A key member of the Embedded Alley Solutions team, he later worked at companies including Mentor Graphics, Texas Instruments, and NVIDIA before co-founding Konsulko Group.

Pantelis’ main focus for the last few years has been Linux in the automotive space. He speaks frequently at conferences on subjects ranging from Device Tree, hypervisor architecture, and Linux scheduler improvements for power efficiency. His current interests are Device Trees, hypervisors, and asymmetric processing. 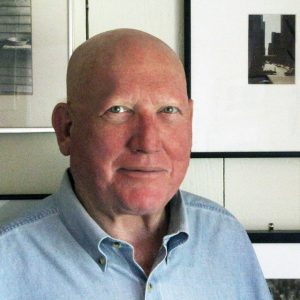 John Lehmann has been successfully marketing to both consumers and businesses of all sizes for over 35 years, including over 30 years experience in Linux and UNIX system software for enterprise networking, consumer electronics, wireless technology, automotive infotainment and embedded devices. He has previously worked with Jaguar Land Rover and Mentor Graphics, and served on the board of directors of the GENIVI Alliance. John also helped lead marketing and business development at Embedded Alley, MontaVista Software and the Santa Cruz Operation (SCO). He is a graduate of the University of California, Santa Cruz. 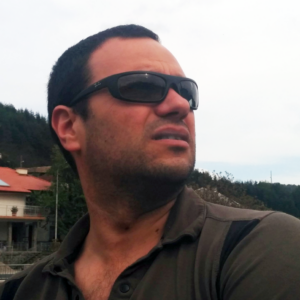 Petko Manolov has been Linux user since 1994 and a kernel hacker since 1997. He has served as maintainer of the Infineon Pegasus and Realtek RTL8150 USB-to-Ethernet Linux drivers since 1999. Petko designed and developed the Spyker Linux kernel profiling tool back in 2001 while at LynuxWorks, now Lynx Software Technologies, Inc. He has ported the Linux kernel to numerous ARM and MIPS CPU cores, and worked on a wide variety of embedded Linux projects.

Petko has over 23 years of experience in security for both embedded and Linux-based systems. 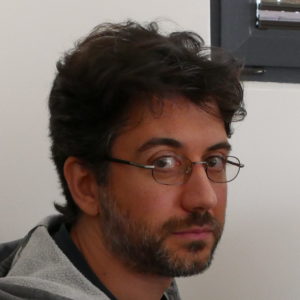 Vladimir Ivanov has over 28 years of Linux development and has worked primarily in the embedded systems field since 1994, covering technology areas such as industrial machine control, audio and video compression, communications, cryptography and general security. 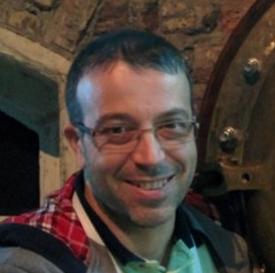 Georgi Vlaev has more than 25 years experience as an active Linux kernel and device driver developer. As a software consultant, Georgi has been involved in multiple long-running projects for companies like Transmeta, Echelon, Mentor Graphics, Cirrus Logic and Juniper Networks. 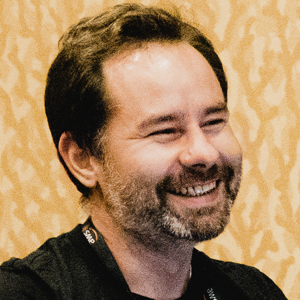 Vitaly Wool has nearly 20 years of experience in embedded software development. Starting in real-time and critical systems, he moved to Embedded Linux in 2003, making numerous contributions to MTD device drivers and flash filesystems. Vitaly was a senior developer for MontaVista Software, developing and upstreaming support for ARM SoCs from NXP Semiconductor and Freescale.

In late 2009, Vitaly moved to Sweden where he began working with the emerging Android OS in the consumer electronics field. He took part in deployment and productization of Wi-Fi and Wi-Fi Direct support in Android phones, and later contributed to establishing Sony Mobile as a leader in battery lifetime of mobile devices. At the same time, Vitaly made important contributions to the Linux memory management subsystem.

Now managing director of Konsulko AB in Malmö, Vitaly continues to focus on performance and power optimization in the mobile and automotive industries. His personal interests include scheduling algorithms in non-SMP architectures, run-time performance optimizations and running Linux on extremely small systems. 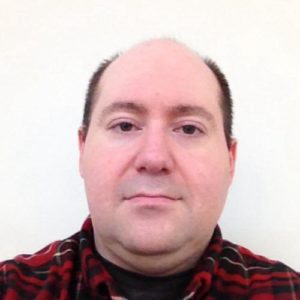 Scott Murray has over 28 years of software development experience, and has worked primarily on Linux and RTOS based embedded products for the last 15 years. Scott started running Linux in 1994, and wrote his first device driver for the Linux kernel, a OSS soundcard driver, in 1997. As a senior member of the platform team at SOMA Networks, Scott developed the custom toolchains and Linux distributions used on all of SOMA’s CPEs and basestations, which included x86, PowerPC, and ARM based hardware. Additionally, while at SOMA Networks, Scott developed, upstreamed, and maintained the CompactPCI hotswap framework for the Linux kernel.

More recently, Scott has worked on building custom Linux distributions using OpenEmbedded and the Yocto Project for several projects, including ones for two large network equipment vendors. He spoke at ELC 2016 about his experience in using OpenEmbedded in these types of projects.

Tim has almost 30 years Linux experience, and worked in the semiconductors industry for over 12 years, much of that time focusing on OpenEmbedded, Yocto Project and Embedded Linux. Most recently he served as Core OS Architect and Yocto Project Architect for Intel Corporation. Previously he worked as Program Manager and Software Engineer at Trust Automation where he directed development of OpenEmbedded-based BSPs for custom TI OMAP boards. 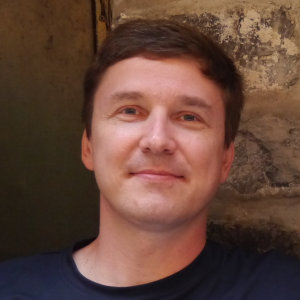 Denys got into coding in the late 1980s while still in school, falling in love with Linux in 1994. Inspired by the Open Source Software movement, he started contributing to several existing projects and founded/led a couple of his own.

Before joining Konsulko Group, Denys worked as Software Developer and Architect for Texas Instruments for almost 20 years on numerous Embedded Linux (MIPS and ARM-based) products. He was also a part of the Office of the CTO of Linux and Open Source, helping shape TI corporate policies and drive adoption of OSS. 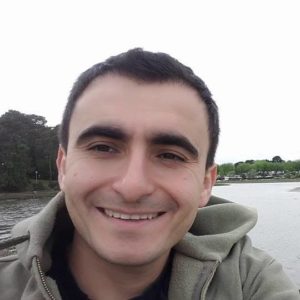 With over 17 years Linux experience, Leon Anavi is a software engineer and an Open Source Software enthusiast. After more than 8 years working on core telephony solutions and mobile applications for mobile network operators, Leon joined Konsulko Group in February 2015.

Leon has experience with numerous OSS projects and web development frameworks, as well as with the Yocto Project and OpenEmbedded. He is the author of the Tizen Cookbook published by Packt. Leon enjoys speaking at FOSDEM and other conferences dedicated to Open Source Software. 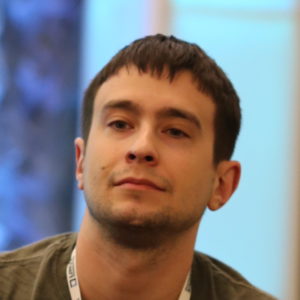 Matt Ranostay has over 15 years of software experience with a focus on embedded systems and related technologies. He has previously worked at top Linux-focused companies including Embedded Alley, Mentor Graphics and Intel.

With numerous new device drivers written, integrated and supported, Matt has extensive Linux kernel and bootloader experience for bring up of new hardware, including many imx6-based platforms, incorporating Yocto Project and OpenEmbedded, and Android.

He has been a key contributor to the Automotive Grade Linux (AGL) project in middleware and signaling framework, and has worked on board bringup and debugging on platforms for AGL, as well as debugging and resolution of JIRA issues reported from the AGL community.

Matt has contributed to several Linux kernel subsystems and has over 200 commits to the Linux kernel, including over 100 for the Linux Industrial I/O Subsystem (iio). He has spoken at many major embedded Linux conferences on sensors in IoT, and frequently consults on embedded Linux enablement for Konsulko Group clients. 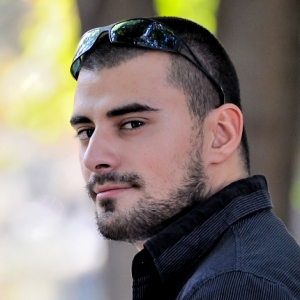 Edi Feschiyan has worked with Linux for over 17 years, with 8 years experience with system and network administration of baremetal servers, network hardware and cloud technologies, involving multiple tasks from L2 to L7, using different software stacks, automating where possible with infrastructure as code. He loves to prototype software tools in Python.

Edi has previously worked with SevOne (also the name of the network monitoring product they offer) and Abrites, an automotive diagnostics company. He holds a bachelors degree in Computer Sciences from Plovdiv University. 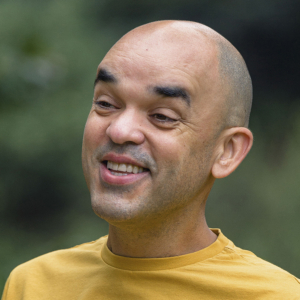 For over eighteen years, António Oliveira has worked in development of highly optimized hardware and software ranging from deeply embedded microcontrollers to full-fledged graphical user interfaces. During this time, he has gained extensive experience in build automation tools, analog and digital circuits, powerline communications, and low power and low frequency radio communications. An active member of the open source community, he has contributed to Yocto Project and the Linux kernel.

In addition to his work as an embedded engineer, António served for eight years on the executive board of his local parish in Portugal, including four years on the municipal council. He holds a MsC in Electronics and Telecommunications Engineering from Aveiro University. 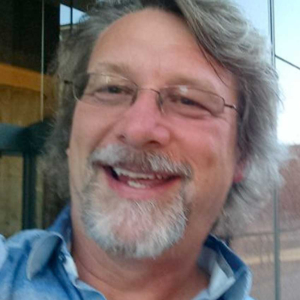 Dan Malek has over 30 years of embedded systems experience. He pioneered much of the embedded Linux for PowerPC, and continues to be an active community developer and maintainer. Dan was co-founder and CTO of Embedded Alley Solutions, Inc and provided CTO-level technology consulting to many of Embedded Alley‘s customers. Dan’s skills span the entire range of the Konsulko Group consulting capabilities.